Captain Duemmel was born and raised on Lake Ontario in upstate New York where he developed his love of ships and sailing. After leaving a long career in research at the University of Georgia, he earned his captain's license in 2000 at Sea School of Panama City, Florida. Captain Duemmel, upon completion of attending Maritime Professional Training in Fort Lauderdale, Florida, has since earned his 1600 Ton Master of Oceans, his Master of Towing, and his Able Seaman Unlimited.

He has earned his living for the last fourteen years teaching and sailing as Captain/Mate/Able Seaman on a variety of vessels including, but not limited to, commercial/charter fishing, tourist, workboats, military, and research. He has sailed from the South China Sea to the Gulf of Mexico and taught many maritime courses.

Captain Akins was born and raised in Athens, GA where he retired as a researcher from the University of Georgia after 31 years. He earned his Bachelor's in statistics and engineering technology. He has teaching experience at UGA, the Georgia Center for Continuing Education, the USCG, and the USCG Auxiliary. He served in the US Coast Guard, achieving rank of E-6, First Class Petty Officer. While in the Coast Guard, he served as Captain of the Port in New York City, NY, Savannah, GA, and aboard the Coast Guard Cutter SMILAX (WLI-315).

After retiring from UGA, Captain Akins earned his USCG Masters License and was Captain of a 150 passenger tour boat in Panama City, FL. He has also served aboard Navy research vessels, operated his own charter boat business, and Captained boats for other owners. He is an active member of the USCG's Auxiliary Flotilla 19 in Panama City Beach, FL, where he is an instructor, vessel examiner, public affairs officer, and former Vice Commander. He manned the USCG desk at the Bay County Emergency Center during the BP oil spill.

​     Captain Akins is on the School Advisory Council for Northside Elementary and Haney Technical Center and on the Northwest Florida Highway Planning Advisory Committee. He is also the past Chairman of the Bay County Extension Advisory Committee. He has held Unlimited Electrical Contractor Licenses in Both Georgia and Florida, a private pilot license, and a private investigators license. He still resides in Bay County and instructs at Gulf Coast State College and Maritime Institute of Technology. 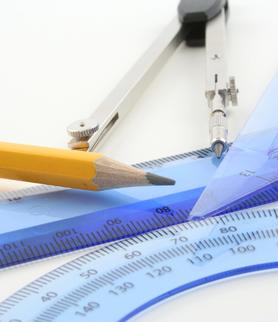